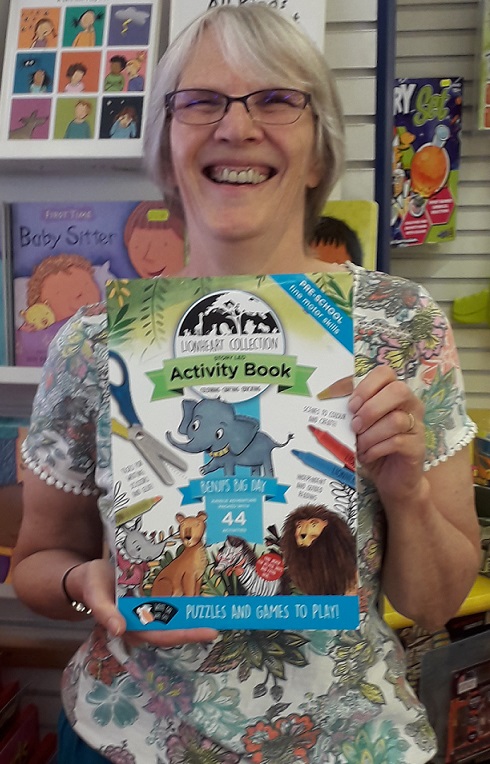 It’s with great pleasure that we can announce the publication of “Benji’s Big Day”, an activity book written by Heather! 🙂
It will be in the shop from midday today – rrp is £11.95!

Go on a journey with the Lionheart family as they get ready to celebrate Benji’s big day with reading, writing, colouring, drawing, cutting activities and games! Choose from 44 activities designed to help develop key motor skills, pen control, wipe clean pages to improve hand-eye coordination, letter formation activities, cutting and gluing and so much more!

The book has been has been designed to suit every child, whether left-handed, right-handed – or “Not quite sure yet!”

Whether its ABC or 123, help little ones on their creative journey with Benji’s Big Day activity book. Join Arthur and his Lionheart family as they celebrate Benji’s big day!

Here’s a short video about the new book!
https://lnkd.in/grM7WC9

Link here to buy it! https://www.leftshoponline.co.uk/shop/benjis-big-day-activity-book/

A great article in Toy World about “Lefthander’s Day”! 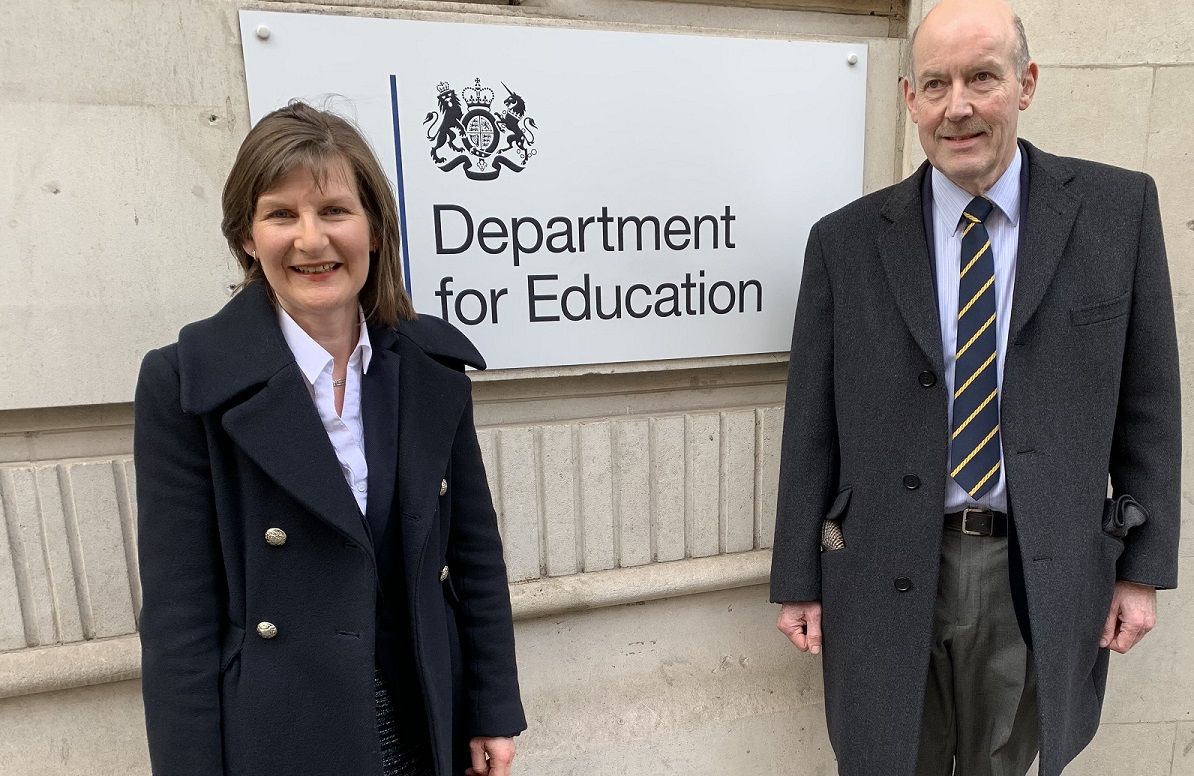 Delighted to be able to make our presentation (along with Sue Smits of Morrells Handwriting, Worcester) at the Department of Education on Wednesday 12th February, with Robin Walker MP for Worcester in attendance.

It was positively received and we look forward to some progress in the near future!

Response by email as follows:

Apologies for the delay in replying to your letter of 31 January 2018. The Chair has asked me to respond on his behalf.

Thank you for bringing your concerns about the support available to left-handed children to our attention. The Committee currently has no plans to inquire into this area.

Disappointing but not entirely unexpected! At least it has raised some awareness within the Committee.

We have written letters to all the members of the House of Commons “Education Select Committee”, pointing out the following:

(Probably the largest minority in school population, maybe over 1 million!)

We are awaiting a response from the Committee Chair, Robert Halfon MP. 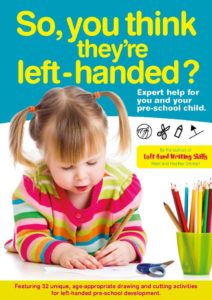 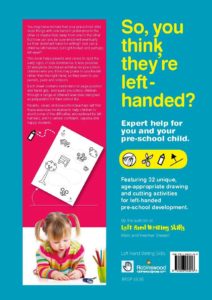 “So you think they’re left-handed?”

We wish this book had been available when we found out our son was left-handed!

You may have noticed that your preschool child does things with one hand in preference to the other or maybe they swap from one to the other. But how can you be sure which will eventually be their dominant hand for writing? And can a child be left-handed, but right-footed and perhaps left-eyed?

This book helps parents and carers to spot the early signs of side-dominance. It also provides 32 enjoyable structured activities for preschool children, who you think may prefer to use the left rather than the right hand, as they learn to use pencils, pens and scissors.

Each sheet contains reminders for page position and hand grip, and leads pre-school children through a range of different exercises designed as preparation for their school life.

Due to the General Election. All e-petitions were cancelled, including this one.

Alongside Sue Smits of Morrells Handwriting, who has raised this petition, we heartily agree with the contents, particularly as it includes a section on left-handed children in the last paragraph. If you are willing, please sign it via the following link:

The petition is as follows:

“Ban the testing of joined up handwriting in primary school SAT’s.

Year 2 children need to be ‘using the diagonal and horizontal strokes needed to join letters in most of their writing’ to achieve the Greater Depth Standard in the SAT’s tests.

There is no long term benefit of rushing a child to join up their handwriting; it is simply to tick the boxes of the handwriting statements. We believe that children should not be tested on joined up handwriting, but taught on ability with the focus on legibility. Likewise, it should be a statutory requirement that left handed pupils receive specific teaching to meet their needs, to help them master legible handwriting and continue to love writing”.

20 years ago, Peter Luff MP tabled 2 Parliamentary questions on whether there were any figures on how many children in Education were left-handed; and whether being left-handed had any impact on likely educational achievement.

Here is a link to the answers

Publication of a framework of core content for Initial Teacher Training. Despite our meeting with Nick Gibb, Minister for School Reform, and Sir Peter Luff, there is no mention whatsoever of “Left-handed Children”!

We had a very positive meeting with Nick Gibb MP, Minister for School Reform, and Sir Peter Luff MP, who recommended including a specific section on left-handed children in the core parts of Initial Teacher Training. We look forward to its inclusion which would provide immeasurable benefits for current and future generations of teachers and children! 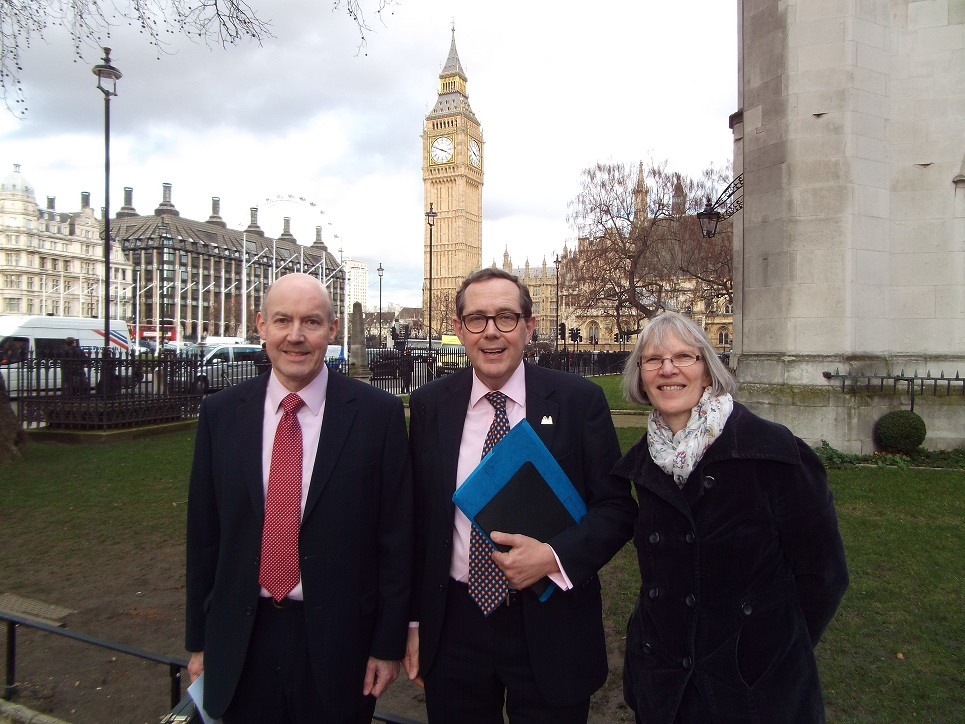 WiseOwl Toys, the educational toy shop based in Worcester, which also has a specialist ”Left-handed” section (Left n Write), has just received a perfect 100% score when it was visited a by an independent secret shopper sent by STABILO, one of Europe’s leading pen manufacturers.

STABILO manufactures a range of writing instruments especially developed to help children learn to write with products for both left and right handers. Learning how to write is still a key skill even in the digital world and remains a core part of the curriculum.

Chris Reynolds from STABILO said “It is important to us that our retail partners have knowledge of the issues and able and willing to advise and help parents – that is why we have another company visit stores secretly so that we can pinpoint areas where we can further support our retailers. We were knocked out by the comments of the secret shopper when they came back from Wise Owl Toys – they scored perfect scores in all areas and the secret shopper summed up with the following words:

”Everything about the shop was excellent, extremely clean and tidy, very well presented without being massively high tech and off putting. A really nice traditional shop with innovative products and outstanding expertise from the owner/salesman. I didn’t feel there was any improvement needed. I almost wish I had a child with writing difficulties so that I could go back to the shop as it was such a nice experience with a real personal touch which is often lost with large stores”.

Mark Stewart of Wise Owl Toys says “We specialise in helping all children with their handwriting, particularly left-handers. We really like the STABILO range of pencils and pens as they have both right and left-handed versions which encourage the correct grip, and a good grip is a basis for good handwriting.”

Commenting on the results of the secret shopper report, Mark commented “We are delighted that we received 100% and such great comments when the secret shopper called. We take pride in our customer service but it is really rewarding to have it noticed and recognised by an independent organisation and one of our major suppliers.”